Some of TheMotorsportArchive.com’s more eagle-eyed readers may have noticed a couple of new buttons at the top of the site’s drop-down options, including “cart”, “checkout”, “my account” and “shop”.

These have been included to take into account the release of World in Motorsport: Volume 2, which is looking like going on sale next month.

Following on from 2018’s WRC Special Edition, World in Motorsport: Volume 2 looks at the complexities behind psychology in motorsport and whether it is still considered a secretive taboo in what is still a world full of machismo and testosterone.

Coming in at just under 100 pages, readers can pick up World in Motorsport: Volume 2 as a glossy and delicate hardcopy magazine for £8 (UK postage £1; ROW £1.50), while digital pdf copies will retail at £4.

Also former Ferrari race winner Rubens Barrichello talks about life after Formula One and how he is embracing time with his sons, while Red Bull’s Alexander Albon reveals his secrets about race preparation.

All this and some other neat little features in World in Motorsport: Volume 2, available exclusively from WorldinMotorsport.com and TheMotorsportArchive.com next month. 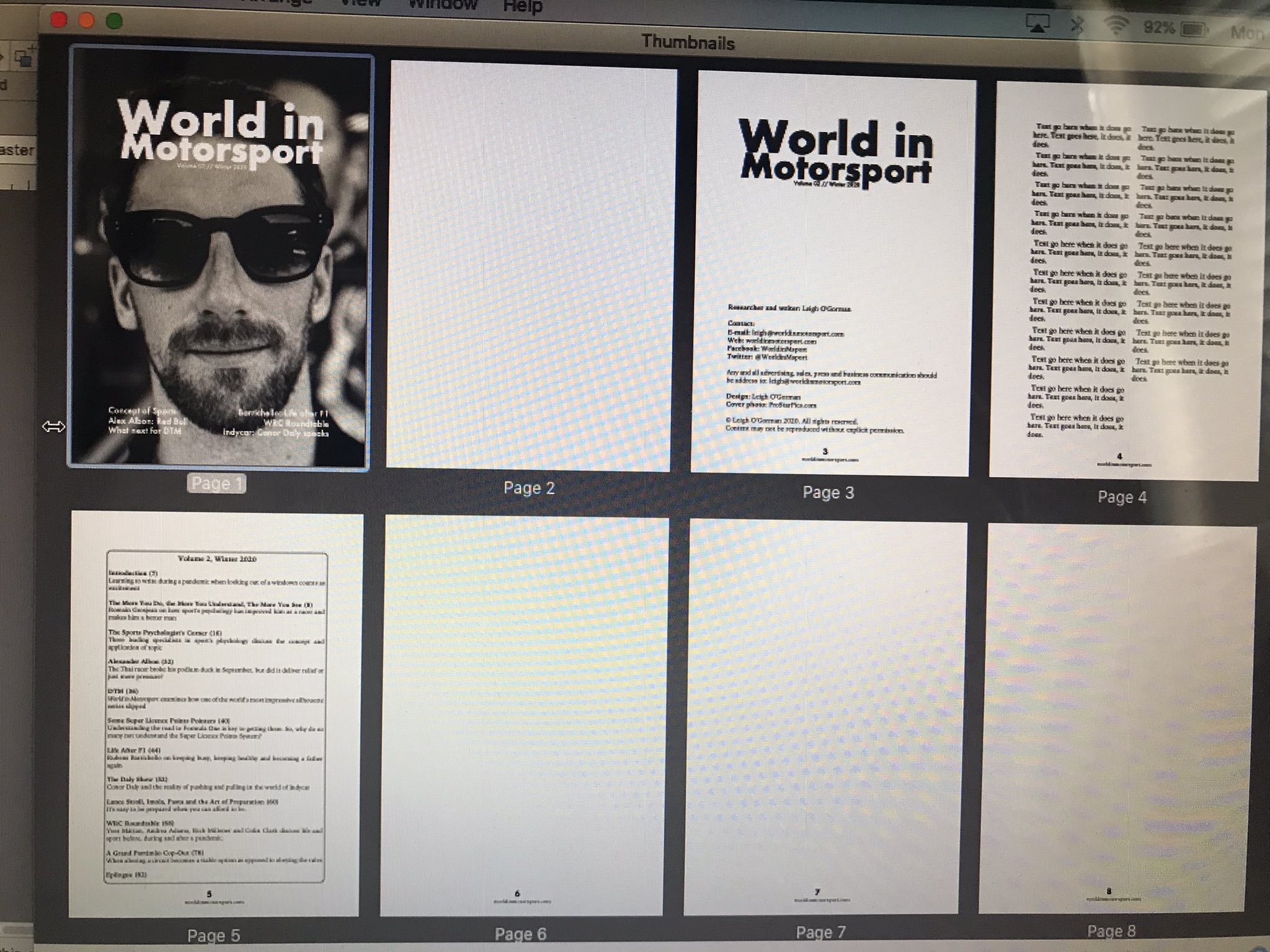